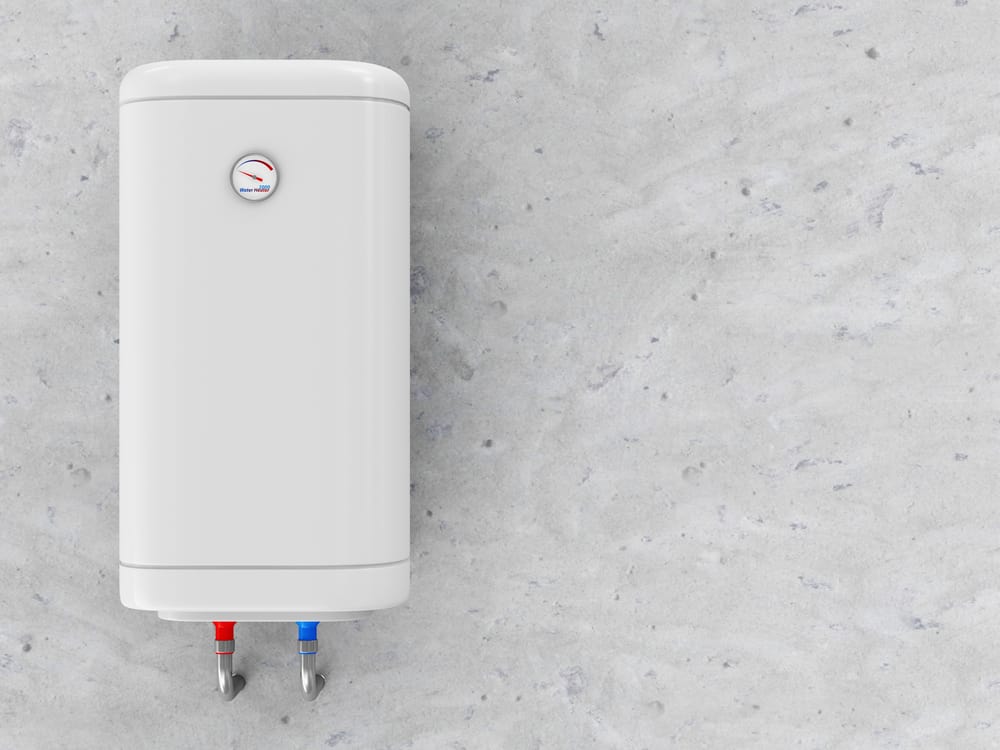 One of the best modern inventions we take for granted is having hot water at our disposal at any time we want it. So, it’s safe to say that the water heater is one of your most prized appliances.

The water heater operates due to a pilot light that helps heat the water stored in the water tank. When your pilot light fails, you end up with cold water. We’ve found nine reasons your water heater won’t stay lit. We’ll also explain how to fix the problem.

There are multiple parts you can test and replace yourself without having to seek out professional help. However, there are a few components that will require expert knowledge to repair. We list whether the repair is DIY or professional for each cause below.

One possible cause of a malfunctioning pilot light could be a dirty pilot tube. When dirt or other debris builds up in the tube, it can cause a blockage that prevents the gas from passing through the line.

Repairing a clogged pilot tube is one of the easiest fixes on the list. You can insert a needle into the pilot’s hole and remove any buildup. Depending on the tube’s dirtiness, you may have to use the needle multiple times to get the line completely clean.

Once finished cleaning, you can attempt to light your pilot. If the flame stays lit and glows blue, you’ve fixed the problem.

2. Kink in the Flex Tube

If you’ve confirmed that your pilot tube isn’t dirty, examine your flex tubes. The flex tube transfers the gas from the controller to the pilot light so it can ignite. At times, this tube can kink up, preventing gas from flowing correctly.

A kinked flex tube is probably the simplest issue to fix. Check the flex tube hose to see if there are any twists, breaks, or pinched areas.

If the tube has twists or kinks, that may be blocking the gas from getting to the pilot light, resulting in a faulty pilot. Untwisting the line should make the pilot light resume working.

A defective flex tube can also cause issues with your pilot light not staying lit. If the line is faulty, there may be cracks, breaks, or other damage that prevent the gas from reaching the pilot light.

Over time, these flex tubes can also become corroded or spring leaks due to pressurization. A leaky pipe can be dangerous and frustrating.

The best course of action to fix a defective flex tube is to replace the entire line. You can usually find a replacement part from the manufacturer, your local home repair or hardware store, or online.

Be sure you get the correct replacement parts, as using the wrong part can cause you to continue having a defective pilot light.

4. Obstruction or Dirt in the Thermocouple

A malfunctioning thermocouple is the most common reason why a pilot light won’t stay lit. You can experience multiple issues with a thermocouple, the small copper rod that connects to the pilot light.

One possible problem that you should check is if there is dirt or other obstructions in the thermocouple. The thermocouple controls the gas flow when the pilot light is off.

When there’s debris on the thermocouple, it can cause a mixed signal that convinces the coupler that the pilot light is out. This issue causes the gas to stop flowing.

Examine the thermocouple to see if you notice any dirt buildup on or around the probe. If there’s evidence of anything blocking the thermocouple, wait until the coupler has cooled.

Then rub the surface with sandpaper (fine-grit) to get rid of any buildup. If a dirty thermocouple is causing the issue, sanding the grit away should fix it. Try relighting your water heater to see if the pilot will stay lit.

The thermocouple is a crucial component of your water heater and when it fails, so does your heater’s ability to produce hot water.

To fix a bent thermocouple, start by examining the part’s location. If the thermocouple is in the right spot, the sensor’s end should contact the flame (when lit).

If you notice that the thermocouple is not where the flame can connect to it, you can use gentle force to bend the coupler back into the proper position. Use care, so you don’t push it too far and end up breaking it.

In some cases, there may be severe damage to the thermocouple. In these situations, there are no minor repairs or easy fixes to rectify the situation.

Unfortunately, the only thing you can do at this point is to replace the entire thermocouple with a new one. If you’ve already ruled out all other issues, a failed thermocouple may be at the root of your problem.

If your coupler looks normal, it could still be faulty with no evidence of damage or buildup. Before you replace this part, you can use a multimeter tool to check the part’s readings.

You will need to remove the thermocouple for testing. Be sure you’ve turned the gas off and waited for the coupler to cool before disconnecting from your water heater.

A functional thermocouple will produce readings above 20MV. If your meter is showing levels lower than this, you’ll need to replace the part. Unfortunately, this task is not something most people will be able to DIY so you’ll have to bring in a professional technician.

A faulty main control valve or damaged gas valve is one of two serious issues that you do not want to handle (unless you’re an expert).

Wait to check this component until you’ve ruled out all other possibilities, as the valve rarely fails before other parts.

You can use a multimeter tool to get readings for the valves. A gas valve should produce readings between 145 and 195 millivolts.

Unfortunately, there’s only one way to fix a damaged valve. You will have to replace it. Another sucky thing about it being this part is that it’s a more expensive repair job.

If you’re inexperienced at working on water heaters, you may find the task of replacing the valves too challenging. To be safe, use a professional instead of trying to DIY the repair yourself.

Improperly wired water heaters can cause a blown fuse or shorted circuits. If you’re dealing with bad wiring, you may notice the breaker running your water heater trips or goes off.

If you suspect that your water heater’s pilot light won’t light or stay lit due to faulty wiring, it’s best to have a technician come out and look your heater over.

Unless you have experience and specialized knowledge of how water heaters work, you may not be able to look at the wiring and detect improper hookups. This issue is not one you will be able to fix yourself DIY.

Your water heater is in charge of heating the water so you can enjoy a hot shower, get your dishes clean, or have hot water for other uses. The heater warms water by a burner.

When this burner quits functioning correctly, it can affect the pilot light, causing it to go out instead of staying lit.

Many experts recommend replacing the entire burner if it starts to act up. Before you replace the part, you can try a few quick tests to determine if this is the part that’s damaged.

First, turn on your hot water faucet and let it run up to five minutes. Sometimes, this can cause the burner to fire up. If nothing happens, lower the temperature down to 120℉ and see if that works.

If nothing happens on either of these tests, it’s a strong indication that the burner is faulty. You can attempt to replace the burner yourself following these steps. You may do better hiring a professional, as you will be dealing with dangerous components.

We’ve looked at nine common reasons why the pilot light in your water heater won’t stay on. Now, let’s look at a few frequently asked questions people also have about the topic.

What does it mean when your hot water heater won’t stay lit?

If the pilot light on your water heater won’t stay lit, it’s a sign that there’s a problem with a mechanical part inside the heater. The most common cause is a faulty thermocouple or a damaged thermostatic control valve.

What do you do if your pilot light won’t stay lit?

If your pilot light doesn’t stay lit, you may need to do some diagnostics to figure out what’s causing the ignitor to fail. Check each of the components we’ve listed for damage. Or hire a professional to come in and figure out the problem for you.

How do you know if you have a bad thermocouple?

An easy way to determine that you’re using a damaged thermocouple is to attempt igniting your pilot. If you get a flame while you’re holding down the gas control knob, but the flame goes out once you’ve released it, it’s a sign of a malfunctioning thermocouple.

How do you clean a thermocouple on a water heater?

To clean a thermocouple, start by turning off the gas valve. Next, remove the burner assembly. Then you can use an emery cloth sandpaper on the ends of the coupler. Finally, use a lint-free cloth to wipe the thermocouple down. In most cases, you can clean the thermocouple without removing it.

Hopefully, one of the nine reasons we’ve listed is causing your water heater pilot light to malfunction. Diagnosing the issue is the first step to getting back your hot water. Once you know the problem, you can decide if it’s something you want to tackle. Or if you need to seek expert help. We’ve given you all the information you need to know to diagnose and fix a faulty pilot light.