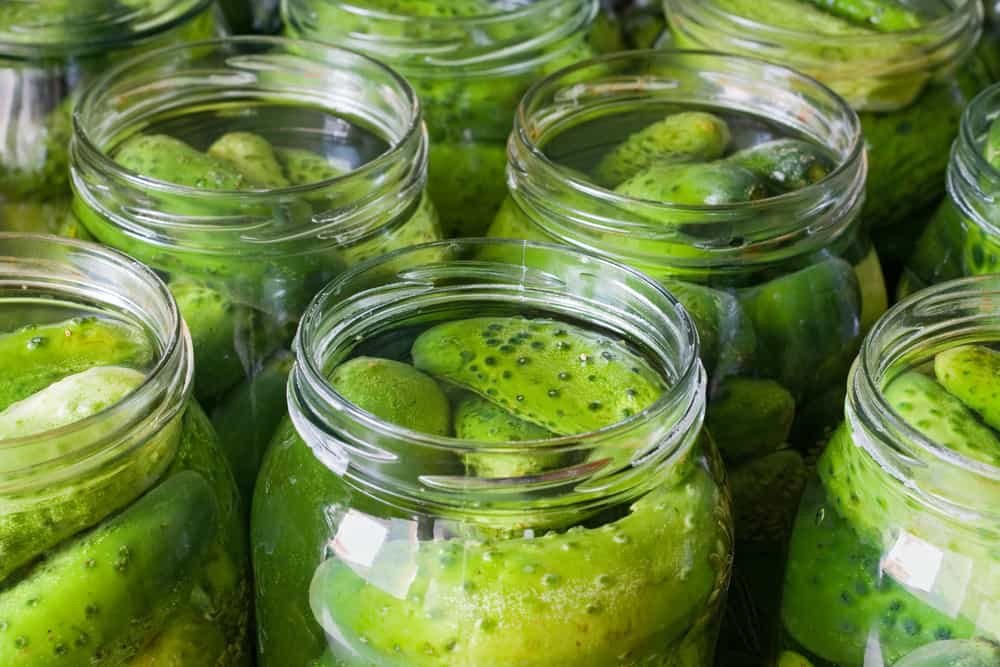 Pickles are a great way to get some extra flavor and crunch in your dish. But did you know that there are many different types of pickles?

Some have been around for centuries, while others were created more recently. And each type of pickle has a unique taste.

That’s why we’ve compiled this list of the most popular types of pickles so you can find one that suits your tastes best.

Dill is a popular variety of cucumber pickles that come into two main types; each of these varieties is discussed in detail below: 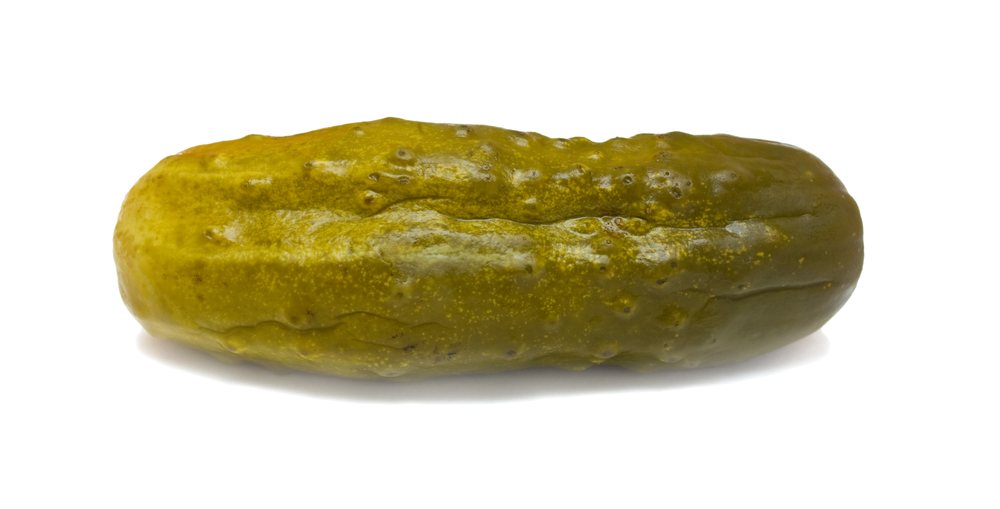 The genuine dill pickle is the most common and traditional pickle in America. It’s made with fresh cucumbers, vinegar, water, salt, and oil to help preserve it. The gherkin is very similar to a dill pickle because it usually contains spices such as mustard seed or coriander seed just like its bigger cousin. However, gherkins are smaller than cucumber pickles and tend to be more sour than sweet due to the addition of vinegar and sugar in the recipe. The dill pickle is usually eaten as a snack or served alongside meals such as fish and chicken. It’s sometimes used to make sandwiches, like the famous Reuben Sandwich, which uses corned beef. You can also use it to create casseroles, dips, and salads. 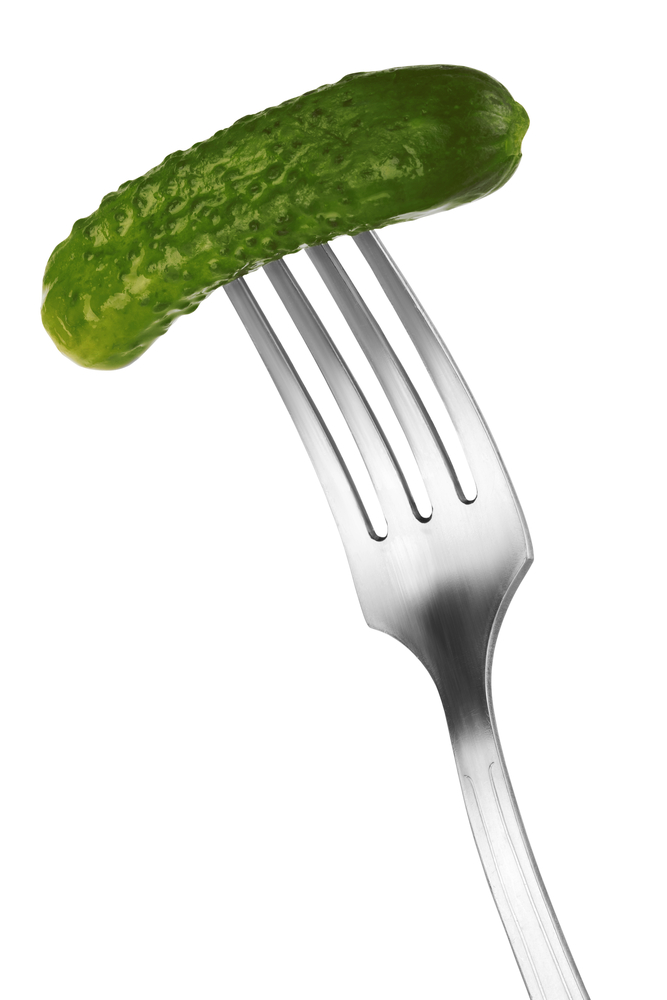 Kosher pickles are made with cucumbers, vinegar, water, and salt. They also have spices such as cloves of garlic to give it its signature taste. Kosher dill pickles are usually served alongside the traditional Jewish dishes like corned beef and pastrami sandwiches that contain brisket or other cuts of meat cured in a mixture of seasonings and spices. 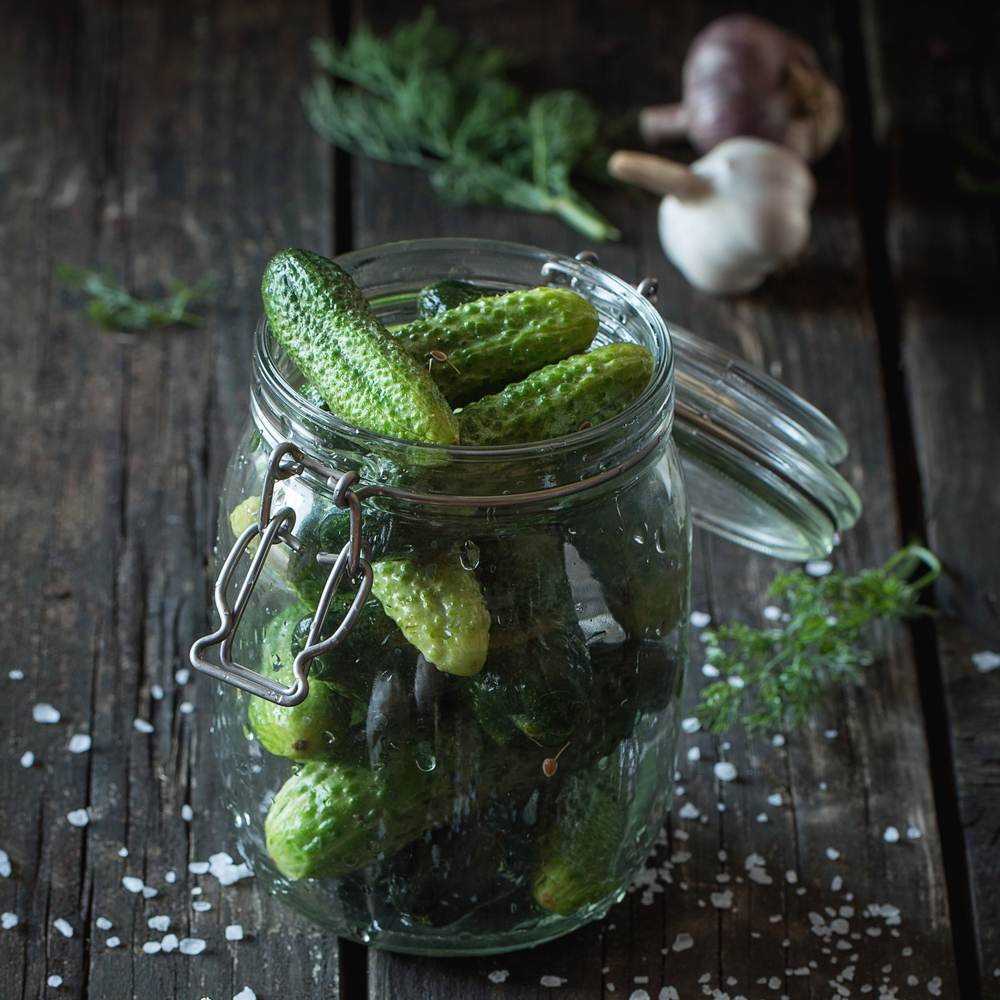 Overnight dill pickles are a variety of dill pickles that are made with cucumbers, vinegar, water, and salt. These pickles also contain spices such as cloves of garlic along with other ingredients to give them a unique taste. This type of pickle originated in North America and is usually found in grocery stores or specialty food markets like Trader Joe’s or Whole Foods.

This type of pickle can stay fresh for up to three weeks after being made. That makes it perfect for people who are following diets that limit their intake of carbohydrates since they don’t have to worry about wasting the food due to spoilage before finishing it off. Overnight dill pickles pair really well with sandwiches because they provide a lot of flavor and crunch without the heaviness of meat and other ingredients. 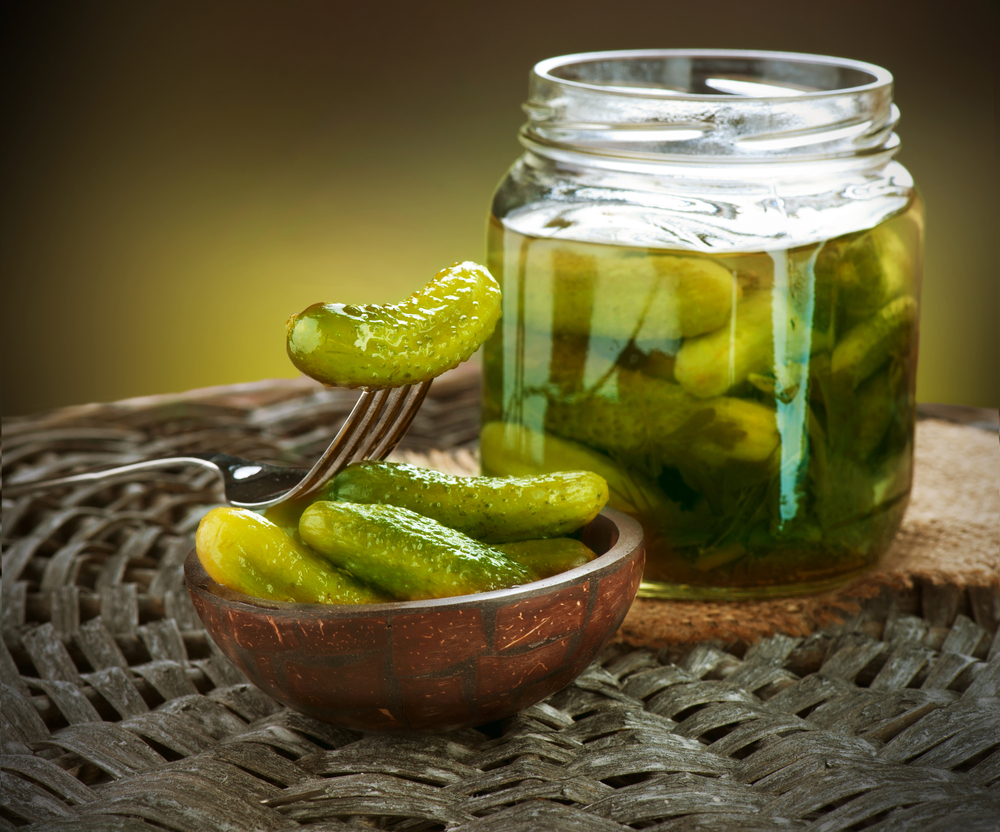 Polish and German pickles are a popular variety of cucumber pickles that originated in Eastern Europe. They’re made the same way as overnight dill pickles but with slightly different ingredients to give them their unique taste. These types of pickles are usually found in specialty markets like Whole Foods or Trader Joe’s because they have really high acidity levels due to their vinegar content.

German and Polish pickles are marketed under the name “gherkins” but most Americans don’t eat them unless they’ve traveled overseas, which is why some people associate gherkins with European countries like France instead of America. Most health food stores sell this type of pickle, so if you want to pick some up, you can easily find them. 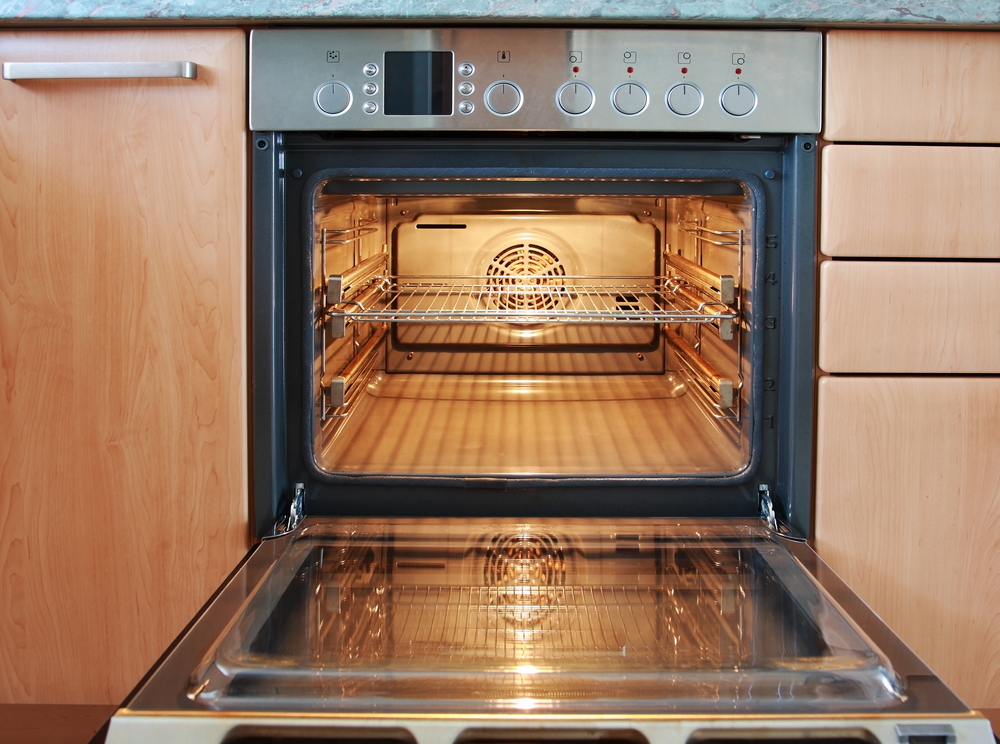 Sweet pickles are made with cucumbers, vinegar, water, and sugar. They’re usually cooked in an oven until the sugar has dissolved and then taste more tangy than sour. Sweet pickles have a lot of uses beyond being eaten as is. You can use them to make relish, chutney, or even bread spread. It’s not uncommon for people to put these kinds of pickles on burgers either since they work really well with beef patties that are grilled outside on the barbecue. 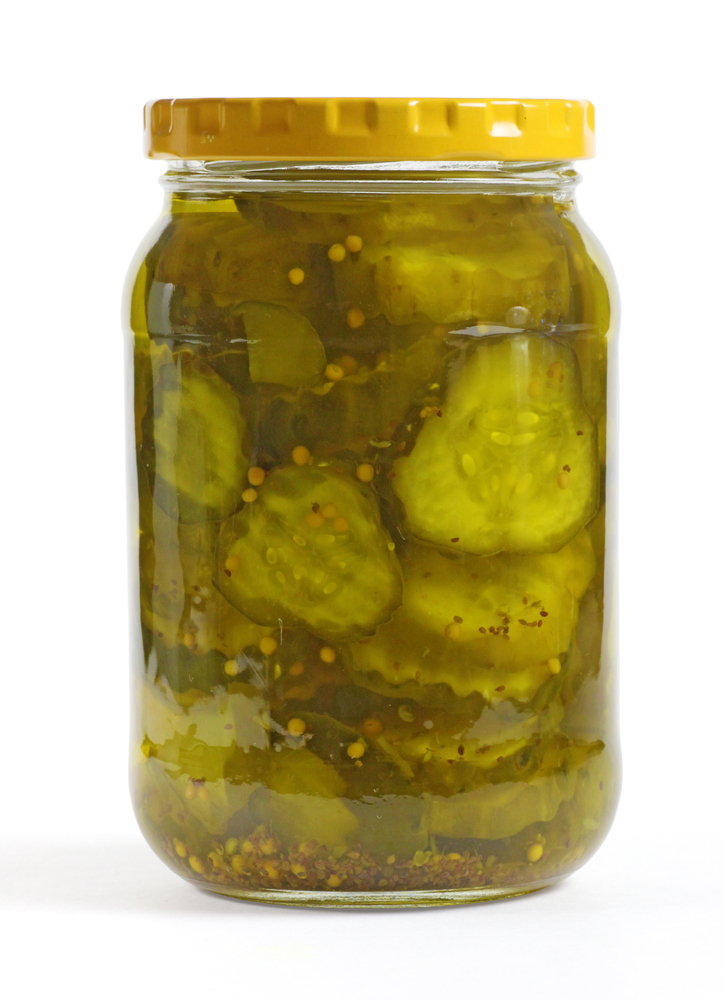 Bread and butter pickles are a popular variety of cucumber pickle that’s also considered to be one of the most common types out there. These types of pickles were created by New Englanders in the 19th century when they needed a way to preserve their harvest so they could sell it. Unlike other varieties, bread and butter cucumber pickles actually have quite a high sugar content due to all the white sugar used for preserving them. 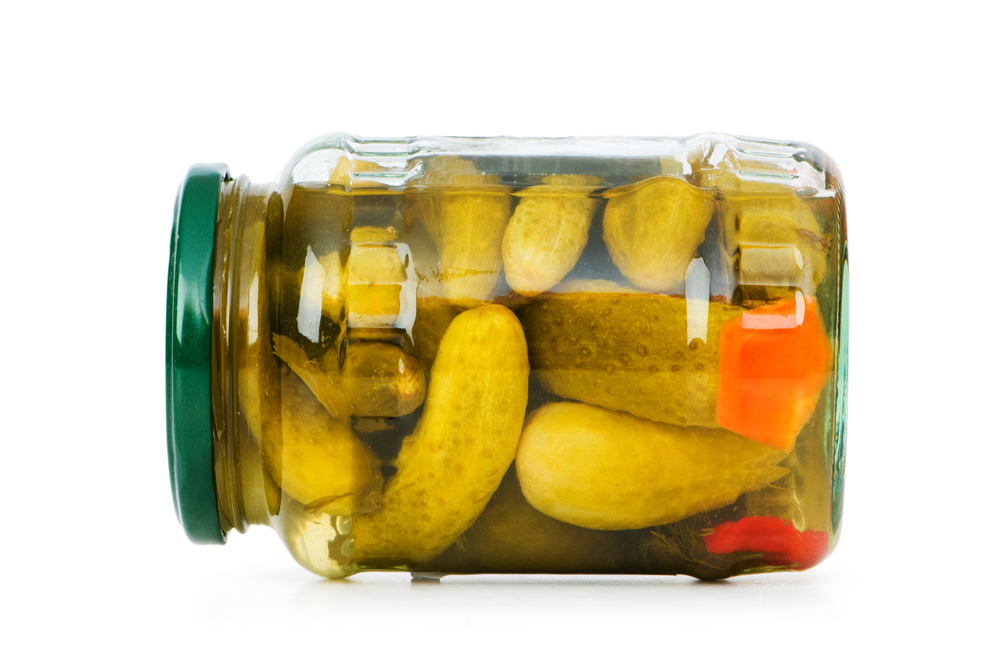 Candied pickles are a type of cucumber pickle that is made by coating cukes in hard sugar syrup after being cured with vinegar and other spices. They’re usually eaten on their own as snacks or used to top salads or burgers. These types of pickles originated in the U.S., particularly in the southern states. They have such a high sugar content, so if you eat too many candied cucumbers, it’s possible for you to get cavities due to how much sugar they contain. 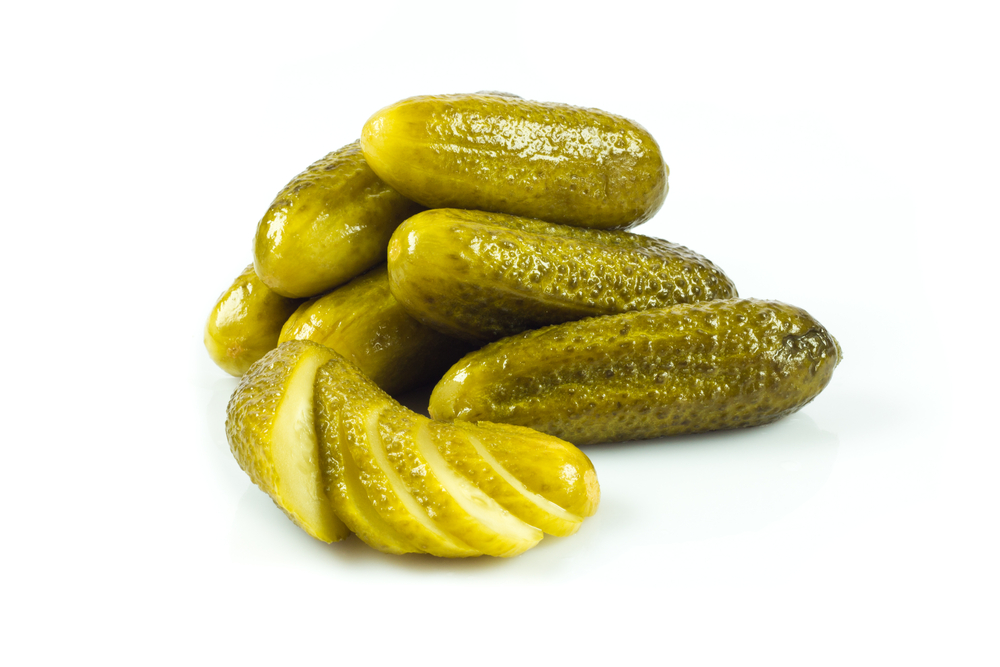 Gherkins are smaller than cucumber pickles and have a much sour taste due to their vinegar content. They come into two varieties: European gherkins and American gherkins. The European variety of this type of pickle originates from Europe while the American kind originated in Eastern Europe before traveling to America with Dutch settlers who arrived in New York City in 1623. That gherkin was created by Dutch settlers and was later improved in the mid-1800s by a man named Peter Schuyler.

In America, gherkins are considered to be pickles that come in jars and are made with cucumbers. In European countries such as France, however, they call this type of food “cornichons” and they’re typically sold in bags instead of jars due to their short shelf life of 2-3 weeks. Gherkins can be eaten straight from the bag or you can slice them up. It’s also common for people to use slices of cornichon on top of salads or sandwiches, which is why some may confuse it with a dill pickle. 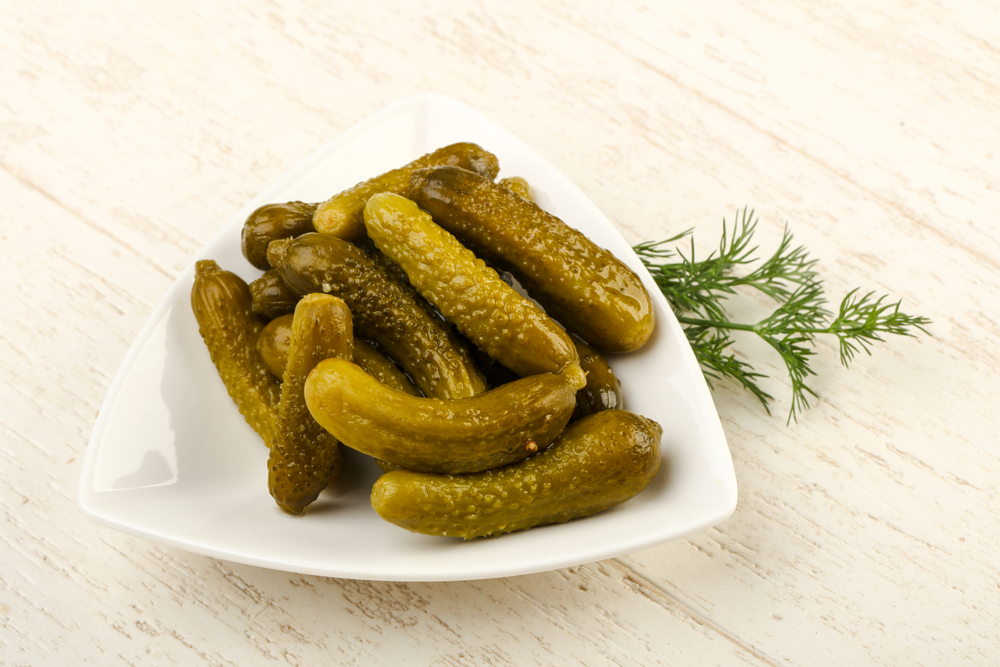 Cornichons are  French cucumber pickles that are typically sold in bags instead of jars. They’re small and sour, so they make really good toppings for burgers or sandwiches. Some people also like to eat them straight from the bag on their own, which helps them feel less guilty about eating all those calories since they’re not very filling. 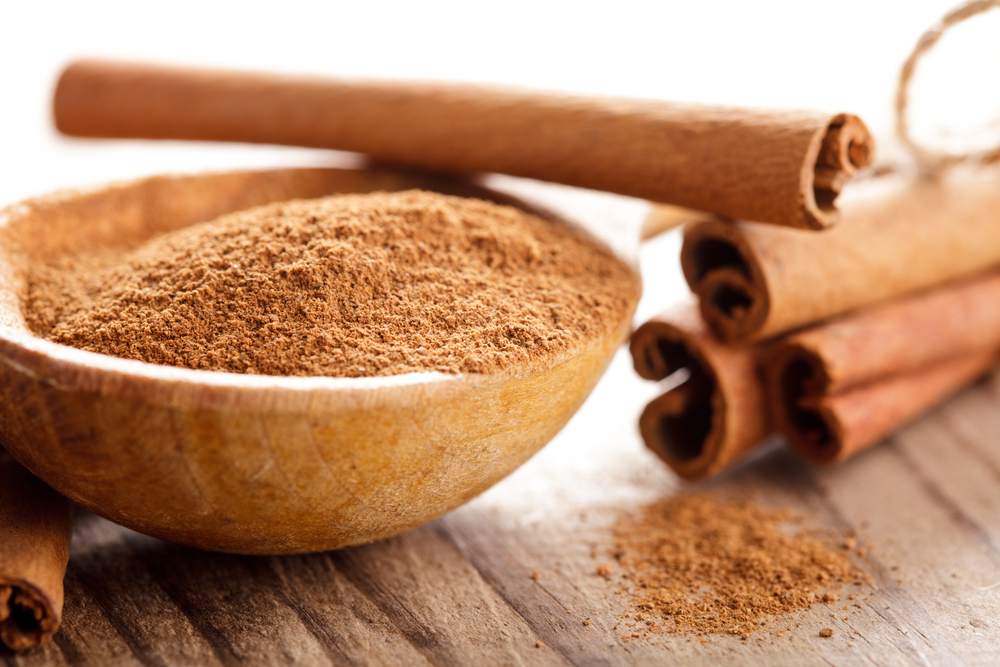 Cinnamon pickles are ones that are made with cucumbers, cider vinegar, and ground cinnamon. They’re typically sold in jars but you can sometimes find them in bags or plastic containers too. These pickles tend to have thick consistency thanks to the ground cinnamon that is mixed into them. Cinnamon pickle slices are usually eaten on their own as snacks since the flavor of this type of pickle is pretty potent. 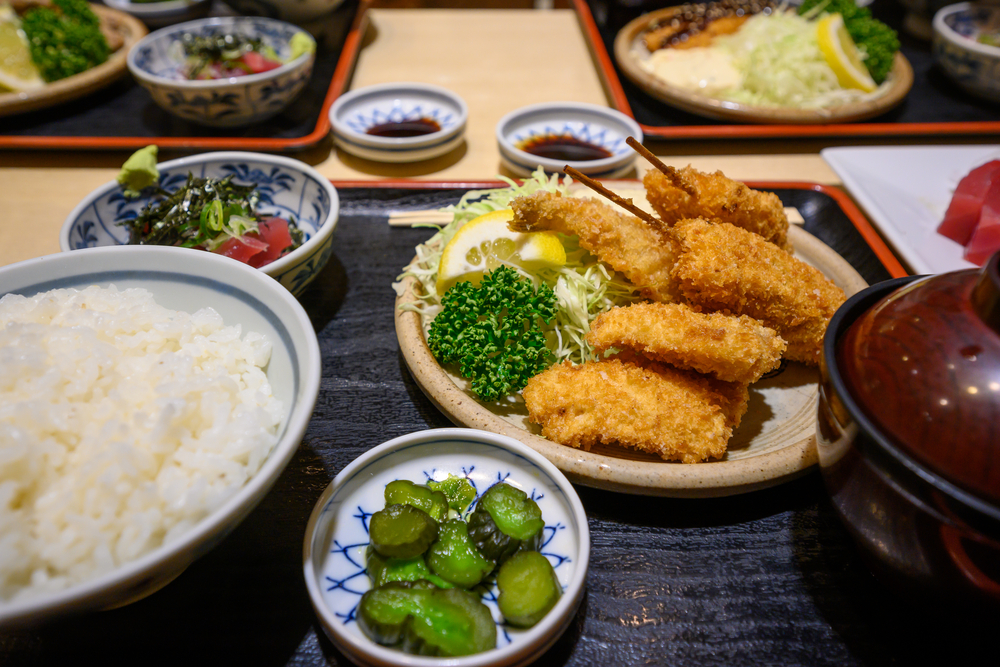 Lime pickles are also commonly referred to as Persian lime pickles or Tahitian lime pickles. They’re made by mixing equal parts of water, vinegar, and sugar. Then the pickling seasonings are added to it in order to create this popular variety of cucumber pickle. Lime slices tend to be eaten on their own since they taste quite sour but some people like to add them into sandwiches instead since they add a slight citrus hint that’s fresh and zesty. 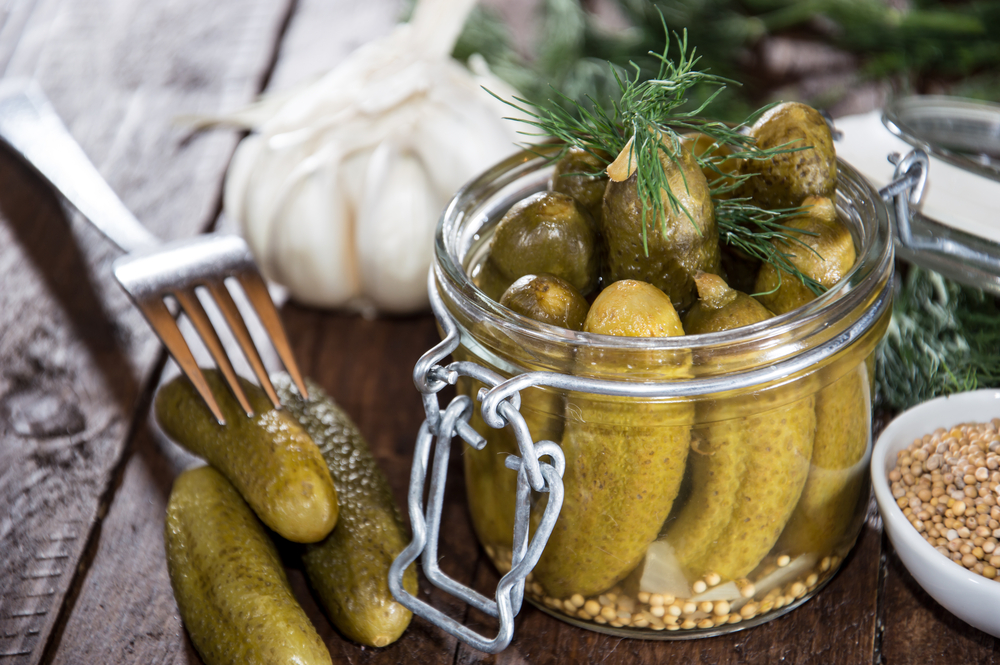 Hungarian pickles are ones that are made from cucumbers, vinegar, and water. They’re also made with sugar, allspice, dill seed, and cloves for flavor. These pickle slices tend to have a rather thick consistency due to the fact they’re cured for over 2 weeks by brine. This type of cucumber pickle is one that can be eaten straight out of the jar or used in sandwiches.

Pickles are a condiment that is enjoyed by many people. There are so many different types of pickles out there to suit your palate. If you’re looking for some new varieties, consider trying gherkin pickles, cinnamon pickles, or lime pickles next time you visit the store.

You can also make cucumber bread and butter sandwiches with any type of this delicious vegetable. Which one would you like to try first?

Let us know in the comments below what kind of flavor profile sounds appetizing to you right now.