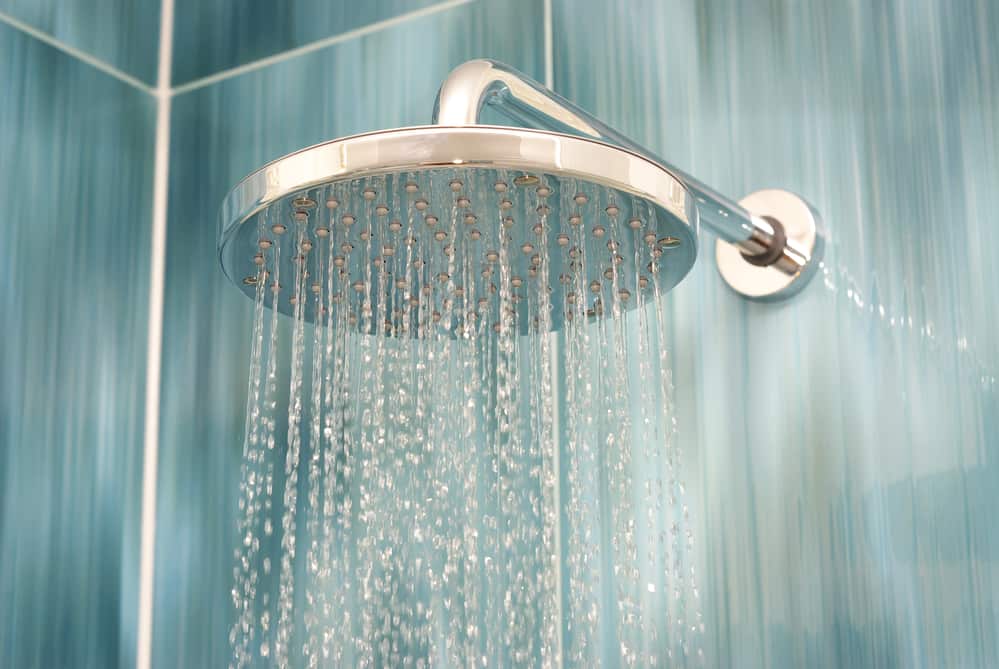 If your showerhead seems to have less water pressure than your tub faucet, it may be due to a flow restrictor. Since 1992, all showerheads must have a flow restrictor that controls how much water comes out at one time – limited to 2.5 gallons a minute.

But just because your showerhead comes with a flow limiter installed doesn’t mean you have to live with the reduced water flow. We’re going to talk about how to remove the flow restrictor from a showerhead using step-by-step instructions.

We’ll also tell you about the part’s purpose, the risks involved from taking the flow restrictor out, how to identify this piece, and where to find it in your showerhead.

What Is A Flow Restrictor And What Does It Look Like?

Most showerheads have a flow restrictor that prevents your faucet from producing more than 2.5 gallons of water flow per minute. These restrictors work by slowing down the water flow by blocking the majority of the water and only allowing a small amount to come out.

So, how does a flow restrictor look? This piece is a flat, circular piece of plastic with a star-shaped center. Some restrictors are metal discs with a hole in the middle filling the pipe and blocking most of the water flow.

How Does It Work?

Flow restrictors work by limiting the amount of water your showerhead can distribute; they’re also called flow limiters. The reduced flow is due to the unique shape that blocks the center of the fitting, allowing small amounts of water to escape around the edges.

Without a flow restrictor, there is nothing to control the amount of water or the pressure except the size of the tap valve, producing more wasted water.

When there is a flow restrictor in place, the piece blocks some of the water, so not as much comes out simultaneously, resulting in lower water pressure and less wasted water.

Reasons To Remove Your Flow Restrictor

The main reason people choose to remove a flow restrictor from their showerheads is to improve the strength of the water pressure.

If your home has low water pressure, having a flow restrictor can limit the water coming out of your faucet to little more than a trickle. When there isn’t enough water flow, getting all of the soap off your body can be problematic.

Even in homes with good water pressure, a flow restrictor in the shower can reduce the water pressure to a low flow of no more than 2.5 gallons per minute. This limit is a US law that all manufacturers must follow – the Energy Policy Act – passed in 1992.

Impacts Of Removing Your Flow Restrictor

The whole purpose of a flow restrictor is to limit the amount of water that comes out of the showerhead at one time. Not only is that better for the environment, but it also means lower utility rates, which saves you money.

If you remove the flow restrictor, you’ll see higher costs on your bills each month. Because you’ll be using more water, not only will your water bill increase, but also the gas or electric bill (depending on your type of water heater), as you’ll be heating larger quantities of aqua.

The National Energy Act passed a law in 1992 requiring all manufacturers of faucets and showerheads to add flow restrictors that reduce water flow to 2.5 gallons per minute.

But no law requires you to keep the flow limiter in place once you’ve purchased your showerhead. Instead, you can use any of the methods we list below to remove the flow restrictor from your faucet.

Removing the flow restrictor from a showerhead can also have adverse environmental effects. Your shower will use – and waste – more water.

Since there is a limit to how much clean water is on our planet, it’s crucial to conserve water for current and future generations.

How To Remove Flow Restrictor From Shower Head

Removing a flow restrictor from a showerhead isn’t a complex process. First, identify what type of showerhead you have in your bathroom and then follow the steps for removing the flow limiter. Be sure you collect all of the required tools beforehand.

You won’t need specialized tools to remove the flow restrictor, nor should you need to turn the job over to a plumber. It’s a simple DIY job using tools you probably already have in the home or garage, including:

The different types of faucets will affect the placement of the flow limiter. To access your showerhead’s flow restrictor, you’ll have to remove the metal screw-off portion on fixed taps. The limiter should be at the base of the head.

For handheld showerheads, you may find the restrictor at the bottom of the handle near the hose, inside the hose at the bottom or top, or behind the showerhead. It could also be where the bracket mounts to the wall.

Fixed showerheads mount directly to a pipe extending from the wall – the arm. So you’ll need to unscrew the showerhead from this arm.

You may be able to do this by hand, turning the head counterclockwise. Or it could be done with a wrench, securing the nut first. If you have to use a wrench, wrap the cloth around the head or the arm to protect the surface from scratches.

Some showerheads have a mesh screen designed to trap particles or sediments that may be in your water. If there is a screen, tap on the showerhead to see if it will dislodge. If not, you can use the needle-nose pliers to remove it gently.

You’ll also need to remove the rubber O-ring gasket inside the showerhead. To do this, unfold the paperclip and use it to push the ring out without damaging the ring. If you notice damage on the ring, you may experience leaks in your faucet.

Now insert the paperclip underneath the star-shaped metal restrictor, twist it, then pull up to remove the piece. If the paperclip doesn’t work, you can also use some needle-nosed pliers or a screwdriver.

After you’ve taken out the restrictor, put the O-ring back in place. Then replace the shower screen and reattach the showerhead after cleaning any old debris off the arm and wrapping the threads clockwise with the plumber’s tape. You may want to clean the screen by soaking it in vinegar and lubricate the O-ring before putting everything back together.

You can save time by checking your owner’s manual for your showerhead to locate the limiter rather than having to search different areas to find it.

If The Restrictor Is In The Handle

Cover the nut with your rag and use the wrench to disconnect the hose from the handle. Then go through the previous steps two through five – shower screen, O-ring, restrictor, reassembly of the handle.

If The Restrictor Is In The Hose

Removing the restrictor is the same process when it’s in the hose as with the other two types. But the location can be on the bottom or top of the hose. Again, use a cloth to protect the finish of the nuts and hose. And if you remove any plumber’s tape, rewrap it before reassembling.

If The Restrictor Is Behind The Shower Head

For restrictors placed behind the showerhead between the handle, you’ll follow the same steps as you would for a fixed showerhead.

Most shower heads have a flow restrictor that prevents the faucet from producing more than 2.5 gallons of water per minute. Many people prefer to remove the flow limitation to improve the water pressure by increasing the amount of water coming out at once. But the downside of this increased water pressure is that you’ll experience higher water and heating bills.